The new M2 chip makes the 13 inch MacBook Pro more capable than ever.

The same compact design supports up to 20 hours of battery life  and an active cooling system to sustain enhanced performance. 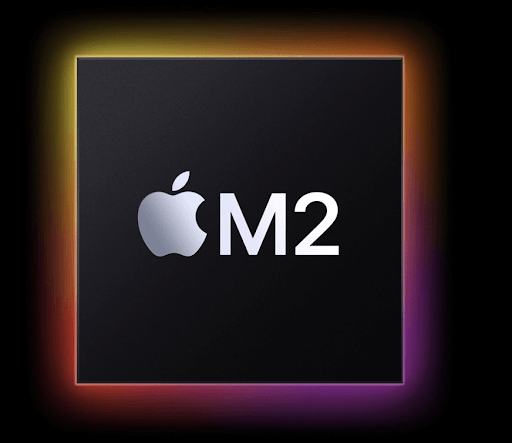 The M2 chip begins the next generation of Apple silicon, with even more of the speed and power efficiency introduced by M1.

So you can rip through workflows with a more powerful 8-core CPU.

Work with more streams of 4K and 8K ProRes video with the high-performance media engine.

And do it all at once with up to 24GB of faster unified memory. 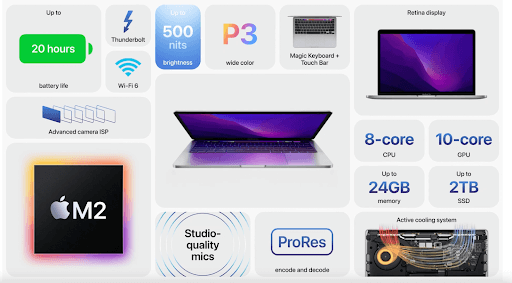 New chip M2 has transformed the Mac lineup with its blazing performance and efficiency.

The breakthrough system on a chip (SoC) architecture combines the CPU, GPU, I/O, and more on a single chip so everything runs much faster — while requiring much less power.

It features over 20 billion transistors — 25 percent more than M1.

And its 16-core Neural Engine is capable of executing up to 15.8 trillion operations per second to accelerate machine learning tasks.

Up to 24GB of high-performance unified memory gives the CPU and GPU shared access to a larger memory pool. 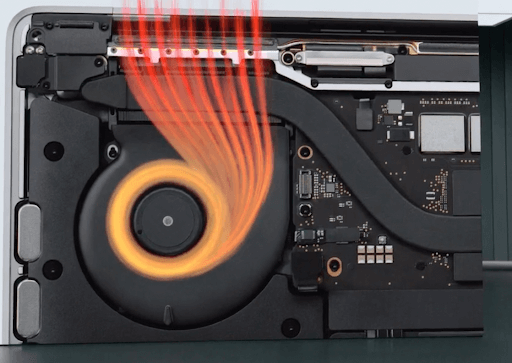 Thanks to its advanced thermal system and the efficiency of Apple silicon, MacBook Pro can sustain pro levels of performance, so you can run CPU and GPU intensive tasks for hours on end.

And it supports 24GB of unified memory for superfluid multitasking and working with massive files.

Performs well with others. 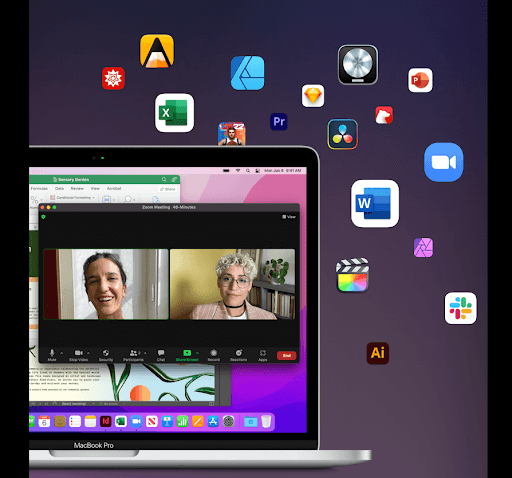 Apple macOS and M2 work together to bring more speed and responsiveness to all your go to apps — including Microsoft 365 and your favorite iOS apps.

Over 10,000 apps and plugins are already optimized for Apple silicon.

And Rosetta 2 seamlessly translates apps designed for Intel processors for use on your MacBook Pro.

Bring photos, movies, music, and documents  and open them in a flash.

Image processing performance is 3.4 faster than the previous generation .

They use 100% recycled rare earth elements in many components . 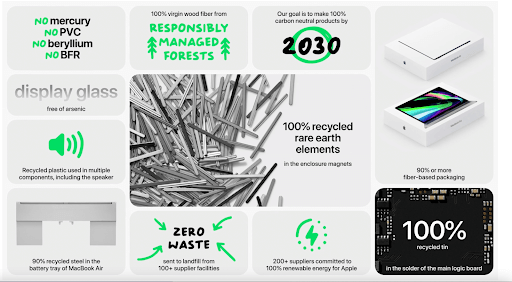